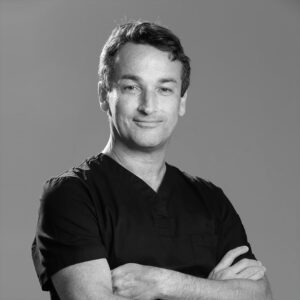 With more than 6000 bariatric procedures within 1000 were revision procedures, Dr Patrick Noel has become a cornerstone of bariatric surgery with the first world series published of re-sleeves and of sleeves after gastric banding failure.

His entire list of publications illustrates perfectly his surgical career – the evolution from a young surgeon at the beginning of the laparoscopic era into an international leading figure in bariatric surgery. He continues to prove his interest in new bariatric approaches by developing re-sleeve gastrectomy and more recently the Bariclip procedure. He is particularly involved in the management of difficult cases or weight regain after a first procedure.

Trained in Minimally Invasive Surgery in the early ’90s, Dr. Patrick Noel has become very soon one of the most representative laparoscopic surgeons in France. He started his journey in Obesity Surgery when he was still a fellow and slowly developed his skills when he first joined a private practice at the end of his fellowship.

Dr. Patrick Noel is at the origin of the Posterior Approach to the Sleeve Gastrectomy. It enables faster surgery with a minimal number of incisions and without the use of a liver retractor. He also extensively published about the ReSleeve Gastrectomy that he participated in developing. Recently, he took part in the development of the BariClip, a new surgical technique in the bariatric field, and its launch worldwide by being the first surgeon to introduce it in the Middle East and Europe.