INFLAMMATION AND YOUR HEALTH 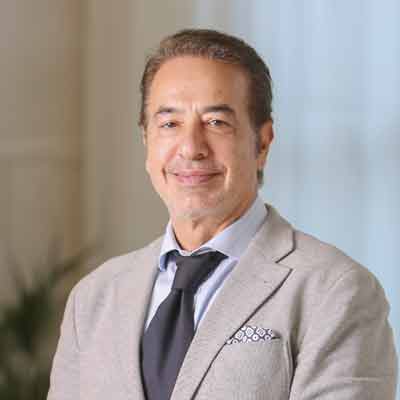 Think of inflammation as the body’s response to protect itself against harm. Your immune system dispatches as army of white blood cells to surround and protect the area.

The inflammation can also occur in response to other unwanted substances in the body, such as toxins, cigarette smoke or an excess of fat cells (especially fat in the belly area). Inside arteries, inflammation helps kicks off atherosclerosis-the buildup of fatty, cholesterol rich plaque.

Your arteries perceive this plaque as abnormal and foreign, it attempts to wall off the plaque from the flowing blood. But if that wall breaks down, the plaque may rupture.

The contents then mingle with blood, forming a clot that blocks blood flow. These clots are responsible for the majority of heart attacks and most strokes. A simple blood test called hsCRP test can measure C-reactive protein (CRP), which is market for inflammation, including arterial inflammation.

Nearly 20 years ago, Harvard researchers found that men with higher CRP levels —approximately 2 mg/liter or greater-had three times the risk of heart attack and twice the risk of stroke as men with little or no chronic inflammation.

They also found that people with greatest degree of arterial inflammation benefited the most from aspirin, a drug that helps prevent blood clots and also damps down inflammation.

We recommend the hsCRP test because for the most part, we believe the results would not change. If you are young and healthy and at low risk for heart disease, there is no evidence that knowing your CRP level is helpful.

If you have heart disease, you should already be taking medications that lower your heart attack risk, such as cholesterol-lowering statin. Aspirin and statins also appear to work particularly well in people with arterial inflammation.

Statins reduce the risk of death in people with average cholesterol levels. So if you are a middle-aged or beyond and have signs of looming heart trouble, like high blood pressure, high cholesterol, or
a family history of heart disease, knowing that you have a high CRP level might nudge you toward more aggressive actions to protect your heart.

These include doing regular aerobic exercise and (if needed) losing weight and quitting smoking. The mechanism of arterial inflammation is pretty clear. A coronary artery is gradually narrowed by a buildup as in a corroded pipe, until finally 800/o closed, small clot gets stuck in it, shuts blood flow to the heart.

The more the artery is narrowed, the greater risk from a clot. About 70% of attacks are caused by much smaller obstructions, narrow the artery by perhaps only a third too small to cause symptoms detected by an X-ray angiogram. It can cause small arterial deposits to suddenly rupture like popcorn kernels, choking off the blood supply to the heart.

These notions have propelled research into the biology of atherosclerosis what makes plaques rupture and find ways to identify and treat them before they do. There is an inflammatory response and alters the biology of the artery wall and can make the plaque susceptible to rupture.

The new research does not detract from well-known risk factors. On the arteries, it bolsters arguments for controlling blood pressure and cholesterol avoiding smoking and adopting a healthier lifestyle. For all the progress that has been made, heart diseases kill nearly a million Americans every year. About 1.5 million suffer heart attacks. Bypass surgery and artery opening technology such as angioplasty balloons and stents are very effective in relieving its chief symptom, the severe chest pain called angina.

Cholesterol-lowering drugs called statins are a powerful weapon with proven ability to prevent heart attack, reduces the need for bypass surgery and angioplasty and save lives, but statins do not save every one. Half of the people who suffer heart attacks have normal cholesterol.

One third do not seem to have any of the accepted risk factors. Inflammation reflects the effects of such already-known risks as high cholesterol and smoking. The vessel sudden clots that can fill up the entire artery and cause acute ischemia and threating heart attack or acute obliteration of the peripheral arteries.One function of the body’s repair system is to clear cholesterol from the cells lining the artery wall, a role that falls to cellular garbage trucks called macrophages.

They swoop in and suck up the cholesterol from the plaque and haul it away. But in particularly fatty plaque, the immune system macrophages can become engorged with so much cholesterol that they cannot do their job. They turn into foam cells because they become so laden with fat they are squishy, unable to perform their duties, they die.

As they die, they add their contents to the plaque bubbling under the fibrous cap and release toxic substances that lay the groundwork for the plaque to rupture. One of the toxic culprits they release, is a group of enzymes that attack the fibrous cap covering the plaque and destabilizing it.

It is vulnerable to some other event and like a stressful argument and raises blood pressure and causes the plaque to break open, spilling its clot-causing contents into the blood stream. It was found that macrophages can do even more damage. The case for inflammation is “not fully proven“ “but there is nothing more promising and exciting as the next frontier in vascular surgery.

MORE FROM OUR BLOG

Minimising Your Exposure to Endocrine Disrupters is a Good Idea

The 3 Unbelievable Health Benefits of the Butterfly Pea Flower