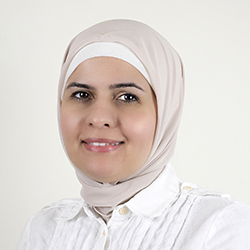 On February 28th each year, countries worldwide take part in Rare Disease Day to raise awareness of a diverse group of disorders that affects less than 4% of the world’s population – around 300 million people, half of whom are children.

Currently around 6,000 diseases are classified as rare, with the overwhelming majority being caused by genetic defects. They are frequently debilitating, and patients may face additional challenges because of the limited knowledge or understanding of such conditions.

In general, there is a low awareness of rare diseases among patients, physicians and members of the general public. Lack of awareness reduces a physician’s ability to accurately detect symptoms and a patient’s ability to gain access to treatment when therapies are available. Examples of rare diseases that can be treated include acromegaly, posterior uveitis and myasthenia gravis. All three of these conditions have symptoms that are either subtle or general in nature, which introduces challenges with diagnosis and subsequent disease management.

Even after a diagnosis is made, treatment options can be inadequate; they are often very expensive, unavailable in certain countries or may require high levels of palliative care. This is mainly due to the substantial challenges when it comes to developing therapies for rare diseases. The rarity of these diseases creates hurdles for clinical trial recruitment, and funding for research into rare diseases is challenging to secure.

The aim of Rare Disease Day is to raise awareness among the general public, healthcare professionals, policymakers and researchers in order to improve the lives of those with rare diseases and their families. By raising awareness, we can improve early diagnosis, encourage policymakers to increase access to services and fund research into rare diseases, as well as reduce the feelings of isolation or the discrimination faced by patients.

MORE FROM OUR BLOG

Minimising Your Exposure to Endocrine Disrupters is a Good Idea

The 3 Unbelievable Health Benefits of the Butterfly Pea Flower