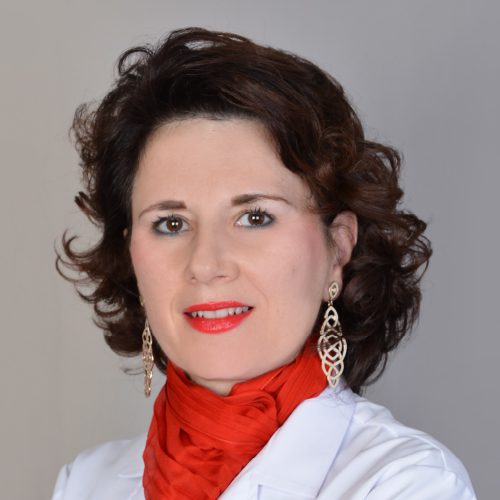 Dr. Enrica Falbo
Consultant Nephrologist
Osteoporosis is a major public health problem, the World Health Organization considers osteoporosis in second place in terms of incidence, immediately after cardiovascular disease. The word osteoporosis means ‘porous bone’, It is a disease that weakens bones, with a greater risk associated of sudden and unexpected bone fractures and the consequent implications in terms of mortality, reduced autonomy. About 12% of the world population is over 60 years old, for a total of about 901 million people, about 200 million women, is suffering from osteoporosis and an increased risk of fragility fracture, there is an osteoporotic broke bone every three seconds and a vertebral fracture every 22 seconds. Recent data shows that due to osteoporosis, women over 45 y/o, spend more days in hospital than many other diseases, including breast cancer, diabetes, myocardial infarction.
Many people think that osteoporosis is an exclusively female and postmenopausal disease, while osteoporosis is a serious public health problem for men as well; in fact, more than 20% of all hip fractures occur in males, and the incidence of vertebral fractures is about half that reported in females. Male osteoporosis is often secondary, so it is always advisable to rule out other pathological conditions associated with osteoporosis. The causes of secondary osteoporosis are over sixty and can affect both sexes, all races, about two thirds of cases in males against one third in females, not only concern adulthood but can also involve young people.
Causes of secondary osteoporosis have also increased due to the more frequent prescription of certain medications, also for this reason osteoporosis is found today more precociously than in the past. It is also important to remember that 1 in 4 men and women diagnosed with kidney stones have osteoporosis or a history of fracture at the time of diagnosis, unfortunately, less than 10% are screened for bone mineral density; men over 45 and older with a history of kidney stones have the same risk of osteoporosis as postmenopausal women. The disease often develops without any symptoms or pain, and it is usually not discovered until the weakened bones cause painful fractures, most of these are fractures of the hip, wrist, and spine; for all of this is very important to have an early diagnosis and to reduce the risk of fractures.